Avengers 4: Endgame - Hulk with Infinity Gauntlet Super Sized 6 Inch Pop! Vinyl Figure
*THE FOLLOWING DESCRIPTION CONTAINS SPOILERS*
There isn't a Marvel fan alive who wasn't salivating at the thought of what would transpire in Avengers 4: Endgame. It's predecessor was one of the highest grossing films of all time, leaving the MCU in absolute tatters after the infamous "click". Now it's up to the remaining heroes to try and restore what once was and help take down the evil tyrant Thanos for good! To celebrate the release of the film, Funko have joined the fight by releasing an incredible new wave of Avengers 4: Endgame Pop! Vinyl Figures!
This wave features three heroes from the film including Rescue, which is actually Pepper Potts in her special suit designed by husband, Iron Man. We also get Hulk wearing the Infinity Gauntlet from when he snaps his fingers to try and bring his friends back, and rounding out the wave is...Thor? Yep that's right, we have a very casual looking Thor who has seriously let himself go as he channels his inner Big Lebowski.
Do "whatever it takes" to ensure you have the greatest Marvel collection of all by securing yourself the new Avengers 4: Endgame Pop! Vinyl Figures today! 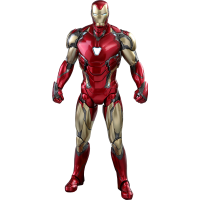