Batman - Owlman Pop! Vinyl Figure
It's a bird… It's a plane… It's… an owl? Yes that's right you better believe it's an owl, but not your average run-of-the-mill Hogwarts' letter-carrying owl, this my friends is Owlman, the evil nemesis of Batman!
Similar to cats and dogs, bats and owls aren't exactly on good terms, especially when one is trying to save the world as the other tries to destroy it by controlling other people's minds. In saying that, if I were a super villain (which I promise you I'm not… entirely), mind-control would be an ability I'd keep close to the top of my must-have list.
Unlike his name, Owlman's suit is actually pretty bad-arse, with every detail featured in this EXCLUSIVE Pop! Vinyl figure, including the mind-tampering blue eyes. Keep his evil antics at bay by adding him to your Funko collection. 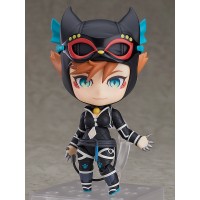 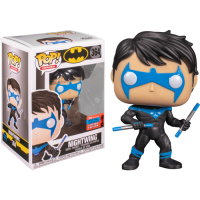