This wave of Pop! Vinyls features four of your favourites from the show; the ruthless attorney Chuck Rhoades, who has a distaste for wealthy criminals who try to buy their way out of justice. He looks particularly annoyed, maybe because the wave also features his nemesis Bobby Axlerod, or maybe it's because his wife Wendy is here and earning more than he does. Rounding out the wave is Taylor Mason, the CIO of Axe Capital and the first non-binary character on mainstream North American television.

Don't let the title fool you, this wave of Pop! Vinyls certainly won't cost you billions, so add them to your collection today! 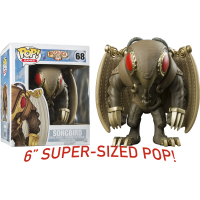