The Tenth Doctor was an incarnation of the Doctor in the popular, long running sci-fi program, Doctor Who, portrayed by David Tennant in three series as well as nine specials.

Tennant's portrayal was applauded by Doctor Who fans around the world. In fact, in November 2013, Tennant's Doctor was voted "The UK's favourite Doctor" in a survey held by the Radio Times magazine.

Character Group have decided to celebrate this amazing incarnation with the release of this beautifully-detailed 10th Doctor 6” Action Figure! 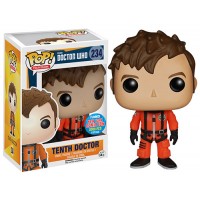