"Dragon! Dragon! Rock the Dragon! Dragon Ball Z!"
Get excited Dragon Ball fans, because Bulma is returning the Funko Pop! Vinyl Universe!
Dragon Ball Z is one of the most critically-acclaimed anime series of all time, amassing an enormous fan base across the world.
The show follows the adventures of Goku who, along with his companions, defends the Earth against an assortment of villains ranging from intergalactic space fighters and conquerors, unnaturally powerful androids and nearly indestructible creatures. It picks up five years after the end of the original Dragon Ball series.
This Pop! features Bulma, a brilliant scientist who although is unable to physically fight most of the villains in the series, her gadgetry plays a key role in winning several battles as well as the search for the Dragon Balls. She is featured here wearing her yellow outfit.
Without a doubt, this is an absolute essential addition to any Dragon Ball Z collection, order now to make sure you don't miss out! 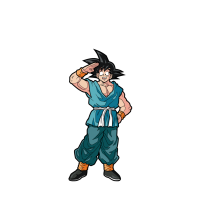