Released in 2002, 8 Mile featured the big-screen debut of rapper Eminem, as it followed the story of how he would go on to become one of the best-selling artists of all time.

The film follows white rapper B-Rabbit (Eminem) and his attempt to launch a career in hip hop, a genre dominated by African-Americans. It was one of the most critically-acclaimed films of the year, earning an Academy Award for Best Original Song with 'Lose Yourself'.

Funko's new B-Rabbit Pop! Vinyl Figure features our man wearing his hoodie from the film as he freestyles another gem.

So lose yourself in the moment and add B-Rabbit to your Funko collection today! 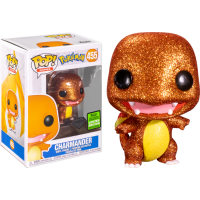