Get excited Funko fans because the newest range of 2019 Funko Fall Convention! Funko have once again outdone themselves with what we consider to be the best range of convention exclusives in years!

After being caught in an explosion with the Kree superhero Captain Marvel in Captain Marvel #18, Carol Danvers resurfaces with super powers as result which caused her DNA to merge with Captain Marvel’s, thus leading her to become Ms. Marvel!

Obviously Carol Danvers would go on to become Captain Marvel in the MCU, however this Pop! pays tribute to her original appearance in Marvel Comics, featuring her wearing the iconic Ms. Marvel suit.

A must for any true Marvel collection! 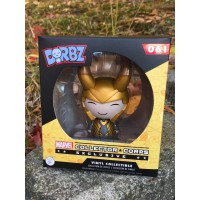